I had the pleasure of being invited to a late-night geek meet, hosted Novanet, a consulting company focusing on the Microsoft platform. I was invited to attend the meet by my future collegue in Microsoft, Arif Shafique, something I appreciated greatly.

The first subject of the evening was held by Anders Nygaard, whom gave an introductory speak about developing Windows modern UI apps using HTML5/JavaScript. He gave some great tips on how to get started, with clear, easy to follow examples along the way.You should follow his â€œOne app each monthâ€ blog where he has committed himself to releasing one new app every month on the Microsoft Appstore. If you ever get the chance to attend one of his talks, then youâ€™re in for a treat!

The second speaker, Einar Engebretsen, gave a very good introduction to Domain-Driven Design. It smoothly transitionined to the open-sourced Bifrost Framework, which focuses on delivering business value through the use of well-established patterns such as CQRS and MVVM. Followhing this speech, I have decided to use this framework in my soon-to-be-announced super-secret â€œWater my Plantsâ€ gadgeteerproject, and and the same time see if I can mend some of the misinterpretations that I have built up around DDD.

Additionally, Einar also introduced us to another project he is working on; Forseti. Simply put, Forseti is a test runner for most JavaScript test harnesses, and, of course, itâ€™s built in .Net. We only had a couple of examples shown, but they were enough to say that it is way faster than anything Iâ€™ve seen so far, compared to standalone Jasmine, Grunt and other runners.

Einar is the kind of speaker who demonstrates by giving examples, all coding is done live, and as usual accompanied by deep insight and inspiration. Einar is, in short, pure coding awesomeness!

Once more, thank you, Novanet for a great and geeky meetup! 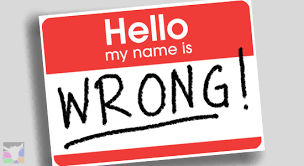